I decided to write an article about HIV and Prostate Cancer (PC). I was having a discussion with a colleague, when she asked me about the incidence of prostate cancer among males who are also HIV positive. Well, my first assumption was that the appearance of prostate cancer in HIV-positive vs. HIV-negative males was about the same. So after a bit of research, I discovered I was wrong. In this article, I’m going to try to set the record straight.

To begin, individuals with the Human immunodeficiency virus (HIV) are known to be at increased risk for certain cancers, including acquired immune deficiency syndrome (AIDS)-defining diagnosis (i.e. Kaposi sarcoma) and non-AIDS-defining cancers (i.e. lung cancer and Hodgkin lymphoma).5 Even so, the advances in treatments options and care have had a healthy impact on the lives of people with HIV.

The use of antiretroviral therapy (ART) has increased the lifespan of HIV-positive individuals. In the U.S., more than half of the people who are HIV-positive will be over 50 years old as of 2015.2 With this longer life, men in this group are being diagnosed with prostate cancer with greater frequency. Even with the increasing rate of diagnosis, there is no evidence of an increased risk of prostate cancer among HIV-positive males when compared to the general population. Further, several studies found a 20%-50% age-adjusted decreased risk of prostate cancer among HIV-positive men vs. HIV-negative men.4,6 If this is accurate, you have to wonder why? Could differences in rates of prostate-specific antigen (PSA) screening play a role in these lower numbers?

One of the larger and more recent studies on this topic looked at over 100,000 HIV-negative and 17,000 HIV-positive men, who were receiving health care in the same system. This study found a 27% decreased risk of PC among HIV-positive men. Further, it also showed a 45% reduced risk when the researchers looked at previously PSA-tested individuals with lower testosterone levels. They also found HIV-positive men were more likely to be screened and were diagnosed with lower-stage cancer and lower PSA levels.3Another study of HIV-positive men found a 50% lower risk of prostate cancer when compared to the general population.5

In contrast to older research on this topic, these studies found PSA screenings are common among HIV-positive men. Men who are HIV positive and in care treated with ART are usually seen by their healthcare team every 3 months, which avails them of more frequent opportunities for other health screenings. The researchers say the that lower PSA levels among this HIV positive men and detection of prostate cancer at earlier stages support this theory.

To add, I came across a 2012 study, which concluded the long-term use of protease inhibitors, a popular class of ART drugs used in HIV treatment, is correlated with a lower incidence of prostate cancer.1 I suggest researchers look into using protease inhibitors in the treatment of prostate cancer and other cancers as well. Proteases are implicated in tumor growth for various types of cancer. Personally, I’d like to put more attention on frequent screening and the use of the PSA for prostate cancer screening.

In my work as a medical case manager, I’ve seen client’s charts with full blood analyses. More often than not, I’ve seen PSA test results on the analysis along with tests for cholesterol (LDL/ HDL), sodium level and viral load. In my position in health care, I’m glad to see the doctors being proactive and running PSA test. Now, the challenge is to get this concept to transfer into general practitioners with the HIV-negative population along with digital-rectal exams (DRE). I think, as a consumer, there are a few things you can do as well: 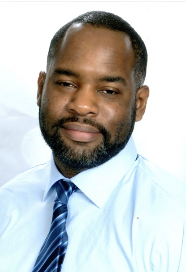 Nick Myers, “Dr. Nick,” is currently a Medical Care Coordinator (MCM). He received his B.A. in Psychology from Old Dominion University, his M.A. in Human Sexuality & Health Studies from New York University and his Ph.D. from Widener University in Human Sexuality Education. He’s worked as adjunct faculty, a Community HIV Prevention Educator, a program manager for HIV Prevention Program and is a MCM in Virginia.

He has written sexual health education materials and articles, created informational videos and even co-hosted an online radio show on sexual health in relationships.

In his downtime, Dr. Nick spends much of his time cycling around town, learning how to be a better cook, gaming and visiting with friends and family.

Click here to read all of Dr. Nick’s articles on ProstateCancer.net.