Home / Center News / Keegan’s Story: Ask to Use a Condom 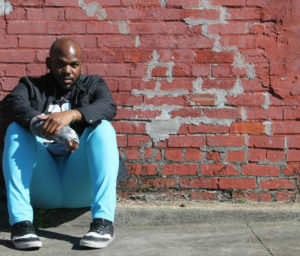 Hi! My name is Keegan and I’m a proud gay male! I believe I’m strong-willed, straightforward, a little bit controlling (LOL), and not for the BS. I’m originally from Portsmouth, VA; however, I spent most of my time in Norfolk, so, I call Norfolk my home.

Growing up, I got my most of my information about sex from HBO and MTV. I would watch shows like “Real Sex” and “Undressed.” They had shows about different sexuality topics and sex workshops. They promoted different things about protection and wrapping it up. My mother would tell me all of her stories and then tell me not to do that.

A couple of years ago, I remember there was this guy… I knew him and wanted him when I saw him, but I didn’t think IT was going to happen. So, one night he came over and I was not expecting to have sex. I was expecting to just do oral and get him out the door. So, he gets to my house and he was like, “Well, I want to have sex”, so, I was like “okay.” He was going…going…and I was excited because I was going to completion because I normally don’t have sex. So, he ejaculated and he gets up and I felt back there and realized he didn’t have a condom on and I was like, “OMG!” My heart dropped.

So I learned that I had to be strong and have the conversation about condom use especially when you don’t think sex is going to happen and you are in the heat of the moment. I learned that in the future in that situation, I would say, “Look, you have to put the condom on ‘cause if you don’t… nothing is going down.”

L.I.F.E team members have worked in the local community to identify role models. Role models are not perfect people. These individuals are committed to assisting the L.I.F.E project by providing their personal perspective and story of practicing safer sex behaviors and supporting efforts that prevent the spread of HIV.

To learn more or join us visit the Life757 page: www.lgbtlifecenter.org/life757